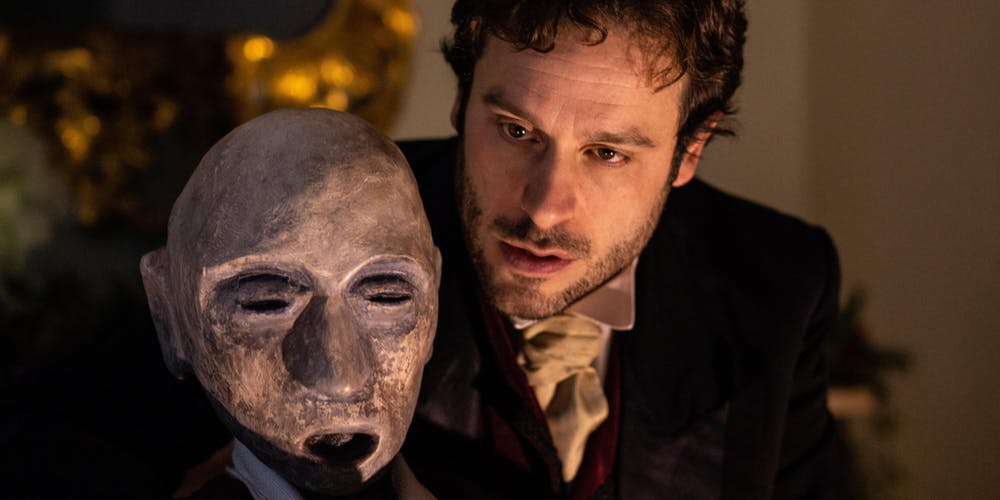 (please note the 6.30pm performance has sold out)

Directed by former Globe Associate Tim Carroll, and with puppetry from Mandarava, Dominic’s one-man performance of A Christmas Carol plays each December in London. This 60 minute adaptation follows close to Dickens’ classic narrative: revolving around a central puppet of Scrooge.

Lucinda Hawksley – Dickens’ great, great, great granddaughter – will be giving a talk on The Chimes which was Dickens’s 2nd Christmas book and it has its 175th anniversary this year. She will do a reading from The Chimes and talk about how he wrote it while living in Italy. Gingerbread and Smoking Bishop (the mulled wine recipe from A Christmas Carol) will be served.

Headlining the 2019 festival is BAFTA winning Miriam Margolyes, whose one-woman show Dickens’ Women was nominated for an Olivier award. The veteran of stage and screen featured in Scorsese’s The Age of Innocence, Ladies in Lavender, and played Professor Sprout in the Harry Potter movies.

Dickens’ great, great, great granddaughter, Lucinda Hawksley will also feature and host an audience Q&A with Miriam. National treasure Miriam will perform snippets from her one woman show and talk about her extraordinary life and career.